It seems like we have spotted the first look of the Nexus smartphone (I guess Nexus 5). It was actually leaked as a part of Google’s Android KitKat statue unveiling video. The phone seemed to be undoubtedly manufactured by LG.

The original video was actually taken by Google but there was plenty of copies floating around and along came this one. Watch out the links provided below for the update: 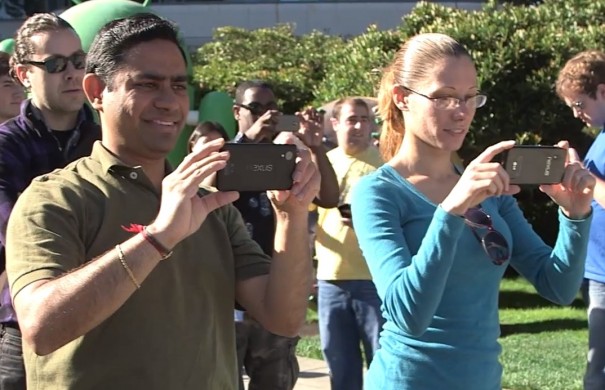 Other specifications of the phone are not known yet. But, if you take a closer look at the above image showing both the Nexus 4 and next Nexus smartphone, the forthcoming version looks to be a bit bigger, probably a 5-inch display size and will also go with the Nexus 5 name.

Anyways there is this rumor brewing that Google will be announcing the next Nexus smartphone and Android KitKat at a press event next month.