What is the most important feature that a bank must have so that it attracts people towards it? With the rise and fall of economy, banks have become an essential institution in the world. Banking system is spread all over and the first and foremost priority of all the banks in the world is to secure your money. But, today, banking has surpassed this idea of just saving your money and gone to a next level. Today, you are allowed to choose a bank for its customer service level, security of your account and money and providing you the best business solutions. Different packages are introduced by the banks for sustaining in the tough competition. Below is the list of the top 10 best banks of the world in 2013 with respect to the different specifications which fulfill the customers’ needs satisfactorily. 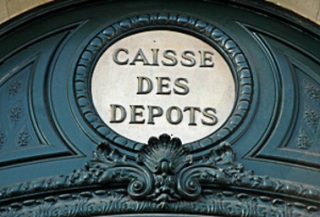 The success of the banks of France is affected by the domestic and economical growth in the country. The banking and finance sector is advancing with each day and are developing their strategies and packages to attract customers from all over the world. The bank today has thousands of clients in France. It was established in 1816 and has never looked back since then.

8. The Royal Bank of Scotland

It is headquartered in Scotland and has another branch in United Kingdom, Edinburgh. The Royal Bank of Scotland is one of the best banks in the world. It has almost 141 employees and it has net worth of $2,224,124 million. I guess you may easily figure out how many customers a staff of 141 thousand employees can manage. Hence, you can not doubt on the level of customer satisfaction.

Japan is considered to be a country of businessmen and thus requires a strong banking system. Japan Post Bank provides its customers with the insurance of safety and security of their money. It has been in active servicing since 1969 and which makes it one of the oldest banks of Japan. There is around $2,320,244 million deposited in the bank. Most Japanese trust this bank on the grounds of safety and security of money.

Barclays Bank is successful in achieving a dignified status for the last two years for its extraordinary performance and passing efficiency. Analysis show that it has 2,426,889 million dollars among which 4.76 percent is only the local currency. Its beneficiary packages are awesome too. This is another reason as to why most of the middle class families open their accounts in this bank. The local community has been trusting it blindly and nor their trust been broken till date. 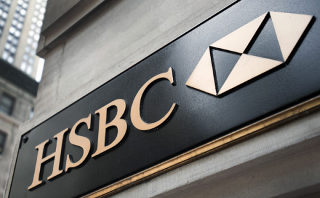 HSBC is a common name in the United States of America on the grounds of providing privilege packages and satisfactory services. Ever since it’s opening the business class turned towards this bank for the purpose of account safety and money transfers. It is also considered as the world’s safest bank and that maximizes the level of trust of its customers engaged.

Industrial & Commercial Bank of China Limited is a part of China – one of the fastest growing economic powers of the world. Since China is the biggest exporter of electronic goods in the world, the bank almost deals with every currency. Many foreign delegates come to Beijing for the purpose of trade and this bank has to deal in all the currencies.

Mitsubishi is an internationally renowned Japanese electronics company which customers consider to be reliable. The bank is closely associated with this company which comes off as an advantage of people trusting in it. The total amount deposited in the bank is $2,803,42 million which clearly shows the amount of trust people have put in.

BNP Paribas SA is also known a The Bank of Paris. It can be considered as a highly reliable bank because of the billionaires and landlords who deposit their whole some of assets in this Bank. The total amount in this bank is almost $2,546,693 million. Regarding the secrecy and security of the account the bank of Paris also maintains its standard.

Deutsche Bank AG is ranked as the world’s best bank for 2013. It provides its customers with the best and refined packages. It is a brilliantly organized and the most reputed bank among all. It has 2,804,332 million dollars deposited in it whose 13.56 percent is the local German currency.