India is a country rich is culture and diversity. Though it is quite easy to penetrate into the Indian market, it is quite difficult to make a mark in the hearts of majority due to the diversity in interest. But once a company is able to successfully make the mark, there can never be any set back. It becomes their taste and trends.

Here is the list of top 10 most popular brands in India. 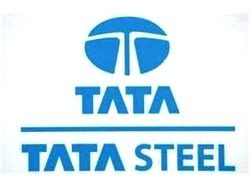 A subsidiary of Tata Group, Tata Steel was established by Dorabji Tata in 1907 and today is ranked as the 12th largest steel producing company in the world. The largest plant is located in Jamshedpur, Jharkhand and has manufacturing operations done in over 26 countries like UK, Australia, China and Thailand.

Samsung was founded by Lee Byung-chul in 1938. At present it is the largest South Korean multinational conglomerate with a huge bulk of subsidiaries. According to a report based on its revenue in 2012, Samsung became the largest information technology company in the world.

Lux is a global brand when comes to bath additives, shower gels and hair shampoos. It was founded in 1899 as Sunlight Flakes laundry soap and today it has become one of the leading competitors in the market. This brand is spread to countries like South Africa, Thailand, Brazil, and Pakistan. This brand is the maker of the first mass market toilet soap in the world.

Bajaj Auto is presently headed by Rahul Bajaj and is ranked as the 3rd largest manufacturer of motorcycles in the world. Apart from Pune, it has its plants situated in Uttarakhand, Pantnagar, and near Aurangabad too. A part of Bajaj Group, it incepted as M/s Bachraj Trading Corporation in 1945.

Sony Electronics is the largest component of Sony Corporation of America that deals in audio and video electronics along with information technology. Blu-ray Disc, CD and DVD are taken to a different height by this company. It pioneered in high-definition professional broadcast and visual imaging, security etc for medical applications.

Dell is a multinational computer technology company from America. Founded by Michael Dell, it develops, sells, repairs and supports computers all over the world. It has been able to make a strong grip in the Indian market owing to its supply chain management and electronic commerce. It was ranked the 3rd largest vendor of personal computers in 2012.

Nokia has been the consistent largest provider of mobile phones in the world from 1998 to 2012. The Finnish multinational company provides telecommunications network equipment and services through Nokia Solutions and Networks all round the globe. However, it is slowing loosing grip due to competition from Apple and Samsung gadgets penetrating in the Indian market. 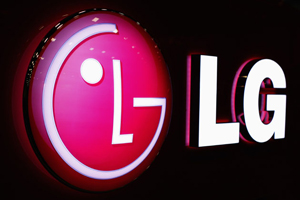 LG Electronics is another popular brand in India. It is divided into five divisions viz. Home Appliances, Air Conditioning, Mobile Communications, and Energy Solutions. It was ranked as the 5th largest mobile phone maker in the world in 2012. Originated in 1958 as GoldStar, the company is also the 2nd largest television provider in the world.

Maruti was incepted as Maruti Udyog Limited. This automobile manufacturer company in India is actually a subsidiary of a Japanese automobile and motorcycle manufacturer named Suzuki. It was founded in 1981 and the production started in 1983 with Maruti 800. Today the company has awesome turnover in the market.

The Godrej Group is divided into various sections in the Indian market such as real estate, consumer products, furniture and appliances. Ardeshir Godrej and Pirojsha Godrej came up with this company in 1897. Today it has a few subsidiaries as well viz. Godrej Properties, Godrej Consumer Products, and Godrej Agrovet.