The computer peripherals maker iBall has recently launched its first ever Android-powered projector smartphone Andi 4a Projector in India. The android phone will cost INR 18,999 and is already out in the market for pre-order on Flipkart for INR 17,999 (after INR 1,000 discount on MRP).

iBall Andi 4a Projector will run on Android 4.1 and will be powered by 1GHz dual-core cortex-A9 processor. The phone will also feature 35 Lumens projector that can deliver 480x640p output up to a distance of 8 to 10 feet. The company will also be bundling a free tripod with the phone to make it easier for projecting the content. 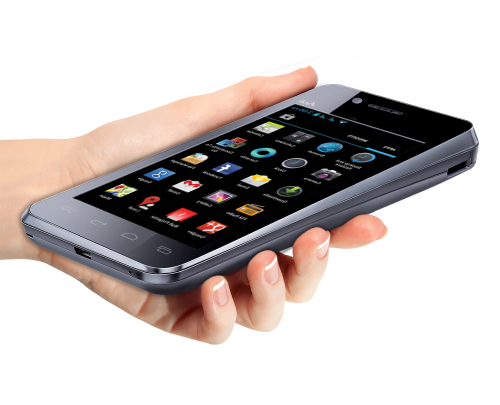 Other features will include a 4-inch display, 8MP rear camera, VGA front camera, microSD card slot, 512MB of RAM and 1500 mAh battery. But the battery life seems to be very low for a phone with a built-in projector. It is not certain if the phone will able to last for a long time with such meagre battery while projection.

This smartphone also comes with dual-SIM support and the usual connectivity options. Well, projector smartphones are not something new in the Android arena but none of it has been a hit till date. The smartphone giant Samsung did launch Galaxy Beam projector phone twice, but unfortunately could not grab much takers.

iBall’s another Android phone Andi 4a Radium is also launched online for INR 6990. This phone is available with various retailers including Snapdeal.com. The features are same as that of Andi 4a with the exception of the missing projector and 1450 mAh battery instead of 1500 mAh.