Bad plastic surgery is common in the market as we see tons of them every time. Good cosmetic procedures on the other hand are very hard to figure out. Celebs are generally reluctant to admit that they’re not naturally as gorgeous as they appear, but are actually the work of plastic surgery. However, we have selected a few of the best make-overs from the website Good Plastic Surgery. This German actress and former fashion model looks perfect with her new breast implants – neither too big, nor to small – just perfect! 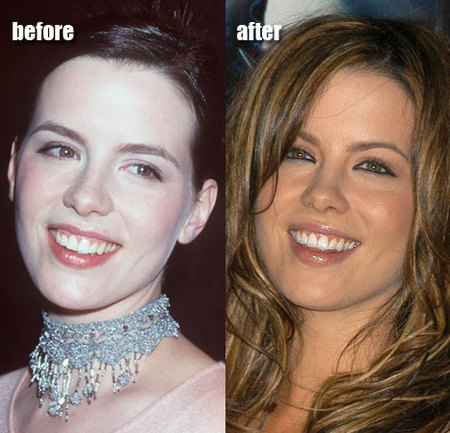 Kate has always been a dream diva. But with her nose job, tooth veneers and possible gum-reduction along with good eye brow waxing, her look is more refined and stunning. Scarlett looks more astounding with the slight refinement to her formerly rounded nose. The 66 year old celeb looks pretty awesome in his new look in spite of his battling with cancer, wife hospitalized for bipolar disorder and his son going to the jail. His most recent faint face lift did not iron out all of his charismatic wrinkles. It instead gave him a more natural look befitting an aging Hollywood icon. Ashlee Simpson’s nose job is considered as one of the most successful example of good plastic surgery. She swapped her large Roman nose with a slimmer, straight version in 2006. Though she denied of the surgery, her appearance made it obvious. With her new nose she looks all the more stunning. 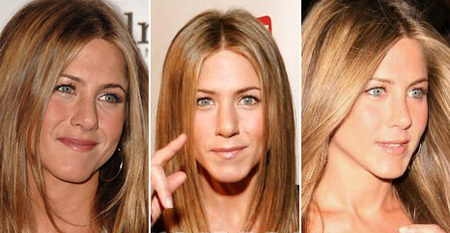 Jennifer Aniston has been open about her nose job. She has done two of them to correct a deviated septum (Well, something what she has to say). Some people are of the view that her plastic surgery addiction goes beyond just slimming down her naturally-wide nose. Jennifer is also claimed to have done face lifts, Botox and other facial fillers. 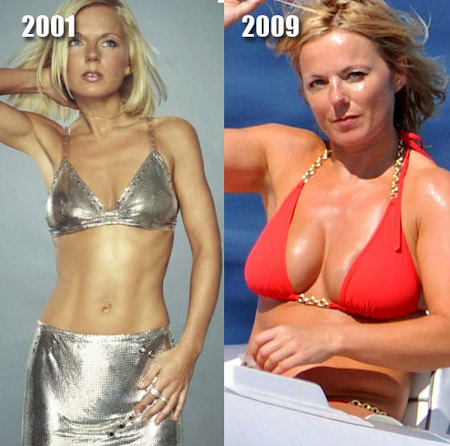 Ginger Spice, AKA Geri Halliwell was once the most buxom of her girl group, The Spice Girls. But in 2001 Geri had dieted her breasts away. This made her get a pair of saline implants to suit her diminutive frame well enough. Geri too has put on extra pounds which surprisingly look good on her. Timothy Olyphant has got himself a new set of veneers. Don’t you think they make his smile look even better now? There is also this buzz about his line-free forehead and eyes.

Lady Gaga is still not forgotten of her “Poker Face,” but she looks more stunning after her nose job. It is good news that her surgeons did not go overboard with her looks as she looks pretty much herself. Now what is Tara doing on our list in spite of her horrible state of stomach and breasts? Well, she has finally found a good plastic surgeon for her recent facial work. The fine lines around Tara’s eyes have been completely erased along with slimming the tip of her nose.