The Small and Medium Enterprises in India is considered to be the back bone of the country’s economy. It contributes t more than 40 percent of the India’s work force and 45 percent to the country’s manufacturing output. The bottom line can thus be drawn saying that SMEs play an important role in generating millions of jobs in this developing country.

Below is the list of some of the country’s best SME businesses as listed by Business Standard:

DMF Foods is the pioneer of packaged food in India. They came up with the idea of CRAX corn rings for the first time.

Mohit Jain, Managing Director of DFM Foods in a statement says, “We had to struggle a lot to establish the concept of packaged snacks.”

The company today, is the leading manufacturer of the packaged foods in India. The most successful products launched by this company are Natkhat wheat puffs, and CRAX Namkeens. 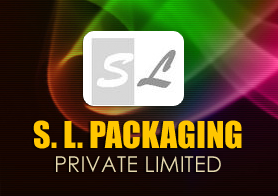 SL Packaging was started by a Kolkata based entrepreneur Navin Saraf. After joining the family business, Navin started to import raw jute from Bangladesh to make traditional goods such as yarn and sacks for the local market.

They felt the need of a few automated processes to help them advice their clients better while planning to start a finance and human resource advisory company.

“Over a period we have created standard solutions, which have both vertical and horizontal focus,” says Mohindru.

By ‘vertical’ he means sectors, while ‘horizontal’ refers to functions within every organization.

Today the company has an annual turnover of 50 crore.

When Ankur decided to return to India everyone discouraged him. But today he has a respectable position in the market.

His entrepreneurial debut with Ankur Scientific Energy Technologies is ranked among the star performing SMEs in the market.

Ankur Scientific deals with biomass gasifiers used for power generation in the country. The company is now well famed and closed sales worth 34.7 crore and profit after tax of 4.6 crore in 2011-12. 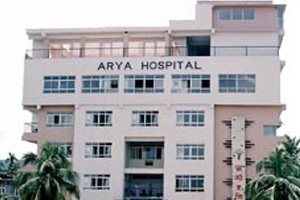 Today, North Eastern Medical Research Institute or Arya Hospital has more than 100 beds in contrast to the eight beds in its launching phase. It is one of the most reputed institutes in the country.

Molecular Connections has many reputed global pharmaceutical companies added to its clients list. The company is closely related to drug discovery informatics and publishing. A steady rate of 25 percent has been seen in the company in the last five years.

Staragri Warehousing And Collateral Management is a agriculture warehousing company that started off with just of 5 lakh and today boosts of a turnover of around 100 crore.

The company has been offering warehousing services for farmers to store their production. According to a Jaipur based farmer Babu Lal Mali of Bawri village, “There’s no pressure to sell immediately after harvesting”.

Jayesh Parikh, founder of Chem Process System only craved for a Maruti 800 when he came up with the idea of its inception.  “I wanted to do business of 50 lakh to 60 lakh a year and make a profit of 10 per cent, so that I could buy a Maruti 800,” he says.

He made an awesome profit of 70 lakh in the first year of the industry and bought his dream car. The engineering equipment manufacturer has been doing exceptionally well since then. The net profit of the company for the year 2011-2012 was 7 crore on sales of 108 crore.

Aastha Minmet India is a previously steel trading company shifted into coal. Despite of looking for buyers it started trading on the commodity exchange.

Makrand Appalwar is not at all against the use of plastic bags. “Plastics may not be bio-degradable, but so what? Why not recycle plastics smartly like we do, so that it doesn’t have to be put into the earth’s crust,” he says.

The company aims for a turnover of 700 crore in the next five years.