Nature has no matches in front of any man made marvel. Almost every poet across centuries has been mesmerized by its breathtaking beauty and been inspired to pen down some of the most beautiful lines in history. They evoke power, are idyllic and a view of Heaven on earth. Of all the wonders of nature, waterfalls are the most beautiful ones.

Below is the list of the top 10 beautiful and awe-inspiring waterfalls across the globe. Read along and take the journey. 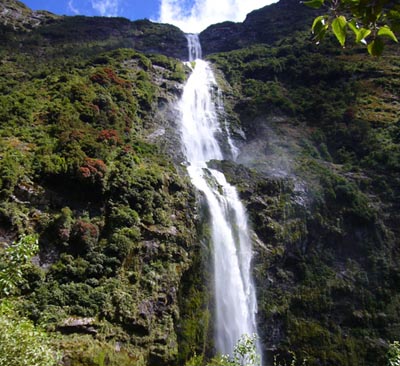 Sutherland Falls is just off the coast of New Zealand situated very close to Milford Sound another marvel of nature. This waterfall was believed to be the tallest waterfall in New Zealand before the discovery of Browne Falls. The fall cascades water down cliffs that is over two thousand feet in the air. The Sutherland Falls is made up three different cascades. The water falls over a mean grade of 56 degrees and definitely a worth enjoying. Langfoss is on the municipality of Etne in western Norway. The fall has a total length of about 600 meters. The European route E134 runs right next to the base of the fall hence making its visit very easy. Langfoss has been rated as one of the best waterfalls in the world from ages. Dettifoss hides amidst Vatnajökull National Park in Northeastern Iceland. This is the most powerful waterfall in the whole of Europe. The waterfall forms a major part of the Jökulsá á Fjöllum River. The falls are 330 feet wide and fall 150 meters into a canyon. It is also the largest waterfall in Europe in terms of the volume. The site is also a part one of the popular tourist route through Iceland known as Diamond Circle. 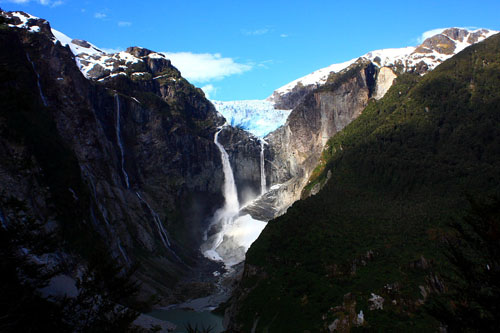 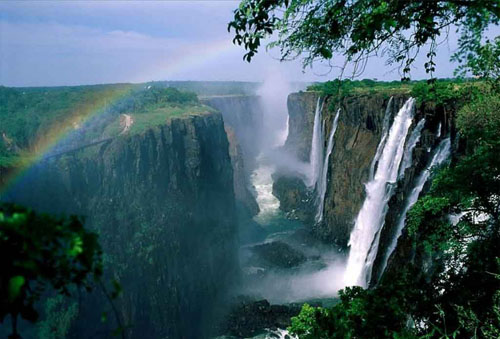 The famous Victoria Falls form a part of both Zambia and Zimbabwe in Southern Africa. It is considered as one of the most valuable asset to the Zambezi River. Victoria Falls is also known as Tokaleya Tonga meaning ‘The Smoke that Thunders’. You will be mesmerized at the beautiful mists created by the cascading water. Plitvice Falls belongs to the country of Croatia and is located in the Plitvice Lakes National Park. It is without a doubt one of the prettiest waterfalls in the world. Hence has been attracting tourists from all across the globe. 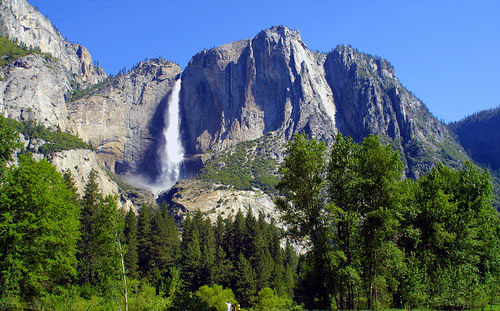 Yosemite Falls is located in the Yosemite National Park of United States. It is one of the major tourist attractions in the country. The most pleasant time of the year to visit this falls is springtime. The view is spectacular and is also considered as one of the largest waterfall in North America. Yosemite Falls is the sixth largest waterfall in the world standing at a height of 2,500 feet. The southwestern Iceland has another spectacular waterfall known as Gullfoss. It makes way from the the Hvítá River and falls into a canyon. It is one of largest tourist attraction spots in the country. While Dettifoss is a part of the Diamond Circle, Gullfoss is a part of the Golden Circle. 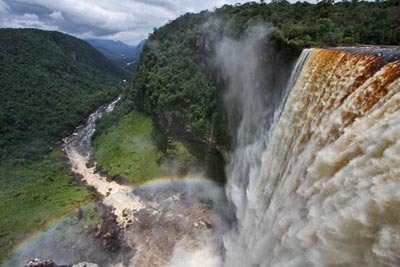 Kaieteur Falls lies on the River Potaro amidst the Kaieteur national park. Kaieteur Falls is deemed one of the best waterfalls due to its awesome combination of height and volume of water discharge. It is 822 feet tall. It is the blend that makes the waterfall a superb watch. 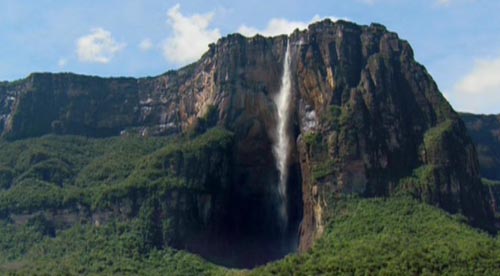 Angel Falls cascades down Venezuela. It is the tallest uninterrupted waterfall of the world. The water falls down over 3,000 feet into the basin below. It is located in the Canaima National Park and forms an important part of the Gauja River.