Bicycle is used by every age group of people in India. Especially children are the main focus of advertising of brands of bicycle, they love bicycle riding and it is fun for them. Bicycles are ride by every person in their childhood. Bicycle is an important aspect of our life. Bicycles are used since years in for using in different ways like  for fitness purpose, children toys, postal services, courier services, for delivering milk and different dairy products . Bicycles are also used by watchman in night. The bicycles are used for racing purpose and one who ride bicycle is called bicyclist. There are different kinds of bicycles. Some of them in India and others are imported for bicycle racers. It is mainly made for racing.

So here are some best brands which made different types of bicycles for various purposes and age group:

The company was founded by Munjal brothers and was created in 1956 in Ludhiana. In year 1986, Hero bicycle has won Guinness world record of being world’s largest producer of bicycle in the world. It provides wide range bicycles for different uses like racing, children toys and boys and girls range. They have products in price range starts from 2000/- 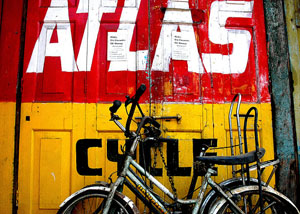 The company has started its production in 1951 from sonepat. In 1965, Atlas has become India’s largest cycle producer in India. The company has won various awards in different categories.  The key products of the company are fancy bikes, ladies bike, junior bikes, kids ‘bikes, roadsters and hi-tech bikes. The price range is 3500/- onwards.

The brand was undertaken by TI cycles in 1964.  It provides a wide range of products such as electric cycles, e-scooters, fitness products and products for infants which help in movement. The first bicycle for kids was introduced in 1983, BSA champ, and it is still a popular brand in India.  The price range starts from 2650/-

The brand was undertaken by Hercules Cycle and Motor Company Limited on September 9, 1910 in Aston, England. The first Hercules bicycle in India was initiated in 1951. Hercules is the first brand undertaken by TI cycles. The main products of the brand are Roadsters, Hercules turbo drive which is made for kids who love adventure, Hercules roadeo, Ryders and Hercules CMX. The products are come in the price range between Rs 3500 to Rs 15000.

The company was first introduced in April 2005 in Delhi, India.  It has launched variety of bicycles in Indian market.  The company has introduced various school quiz and interschool sport competition.

It is founded by a Japanese bicycle company (Nichibei Trading) in 1899.its primary focus on making bicycles for mountains and it is easily pass out all the obstacles throughout.  The bicycle helps to climb a mountain easily and adventurous experience to the bicyclist. 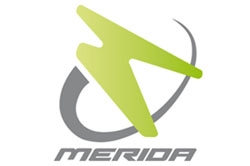 The company was introduced in 1892 by George P. Huffman. The company makes sponsored bicycles of Disney, marvel and huffy green machine and huffy hi-how. Its key products are for little kids, boys and girls. The products comes in price range from 4730/- to 25000/-

The company includes an exclusive collection of TI bikes. The company designs first typical carbon bike which quickly pickup the speed and firmly do the task. It makes easy for bicyclists to adjust the speed. The price range comes under RS 16,900 to Rs 74,195.

The company was opened by Ignaz schwinn in Chicago in 1895. It has wide range of bicycles for different age groups and purposes. The categories of bicycles are cruisers, hybrid, bike path, mountain bikes, road bikes and kids’ bikes. They come in multiple price range and it starts from RS 18,270.

Also Check Out the Top 5 best electric bike brands in India with price, review and features.