India will never be able to produce another A.R. Rahman every again. He is the soul of music composition in India. This Mozart of Madras been credited as one of the most influential person in the world of music around the world. 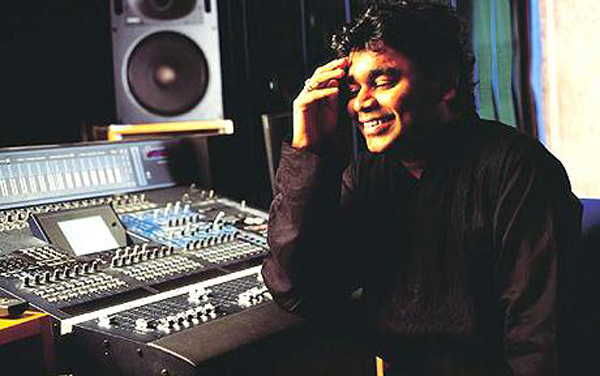 A.R. Rahman’s tunes are internationally acclaimed. His superb scores for Hindi, Tamil, Hindi, Malayalam songs and even commercial anthems attain a special place in the heart of all Indians. However, his fans are not only limited to India but worldwide too.

He is known to have the Midas touch in music.

People from across the film fraternity line-up for him in search of “original song” composition. His songs have a whole new standard of the incomparable. It is also a fact that Rahman is a man who carries out extensive research to bring out the best from his and others capabilities.

His music has the capability to touch the heart, soul and mind of the millions. His songs instill a sense of hope amid the despair and angriness of the daily life and thus appeal to the common man.

His songs are evergreen and you will never loose interest in them. You may listen to his song in pain and in joy, in sickness and in good health. He is Different from his contemporary composers. He is also gifted with a beautiful voice.

He started off his career from the Tamil hit film Roja and got the National award for best music direction. He has received so many awards that no other person in the entire film fraternity can ever think of. The list will be long for this article.

Below is the list of the top favorite songs of A.R Rahman of all times

The song is the example of the perfect blend of picturization, choreography and music. Rahman could make the most out of the components given to him and had the music an instant success.

Malaika Arora could hog the lime light after the song.

The film could not gather much of the audience attention, but the music did.

Every Indian gets Goosebumps every time they listen to this song. The composition gives the right compliment to the lyrics. On top of it, it was song Rahman himself.

Guru was more in the limelight because of its heart touching music.

Abhishek Bachan had a series of flops before Guru. But this movies was the right move for him owing to how it turned into a box office success.

But, yes the movies was equally good too. And the lead characters did absolute justice to their roles.

The other song that got huge people’s attention was Mayya Mayya, with Mallika Sherawat shaking a leg to it.

Each and every song of Rang De Basanti is awesome. It further stands out because of its lyrics.

Naresh Iyer has perfectly sung the song with the right kind of emotion. He was awarded the National award for Best Male Playback Singer. Well, credit goes to Mr. Rahman.

Rang De Basanti was a major hit and the music became the nation’s favorite.

Jai Ho gave A.R international recognition. The song ruled the charts for the better part of 2008.

The song was excellently choreographed in the lively voice of Sukhwinder Singh.

Slumdog Millionaire also happens to be the first movie for which he got an Oscar award.

Choti Se Aasha is a sweet and lovely song by Rahman from the movie Roja.

The simplicity of the song is the reason you want to listen to the song again and again.

Arziyan, the sufi song sung by Javed Ali, Kailash Kher, and the lyrics by Prasoon Joshi was composed by A.R. Rahman.

Though the film could not attend much attention at the box office, the music played its part right.

Some of the other great songs of the movie are:

Mitwaa is a fun song composed by Rahman for the moive Lagaan.

The movie became one of the biggest hits of the last decade.

Only and only Rahman could have created such kind of music which the film demanded.

The song comes at the time when Bhuvan, played by Aamir Khan tries to garner the confidence of the villagers as to go ahead and to compete against the Angrez in a cricket match that will save the village from two years of paying illegal tax.

Epic movie and epic song is all that I have to say for this music.

Maa Tujhe Salaam is considered as the best patriotic song ever composed.

Download these songs and enjoy your way to your office.