India is one of the fastest growing alcohol based beverages market in the world. Some of the reasons for this are raising middle class income and influence from western culture. Indian whisky, which is produced mainly from distilled molasses and contains only small amount of traditional malt whisky, is often argued about not being whisky at all. Nevertheless, India holds a considerable portion of world’s whiskey market in terms of volume and is a force to reckon with.

Presented here is a list of top 10 best selling Indian whisky brands, which are most liked not only in domestic market but also globally. 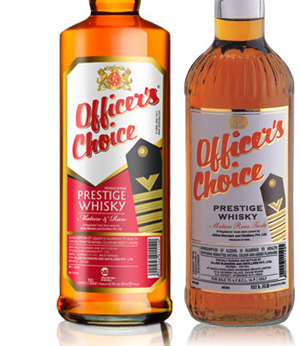 With improved marketing, Officer’s Choice has emerged as highest selling brand in India. The flagship brand of Allied Blenders and Distillers, it is also exported to over 18 countries of the world. While Officers choice is coveted by connoisseurs, its other variant, Officer’s Choice Blue targets young and stylish consumers. This brand has emerged recently and poses great challenge to its rivals. 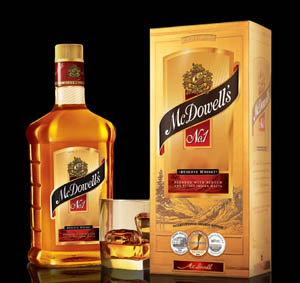 McDowell’s brand began its journey 1963-64 as brandy. Owned by United Spirits Ltd., this brand now sells whisky, brandy, rum, soda and bottled water. At present McDowell’s brand has two whiskeys – Reserve whisky and Diet Mate, a diet whisky. Known for its subtle undertones of vanilla, McDowell’s No. 1 has retained its position as one of the top ten whiskeys in the world. It is exported to many countries apart from being a leader in terms of volume in India. 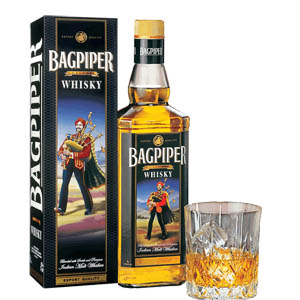 Manufactured by United Spirits Ltd and introduced in October 1976, Bagpiper whisky is known for its woody character which comes from it being stored in special American casks and its strong blend. It is made from distilled molasses instead of grains. Its main logo depicts a Sardar playing a bagpipe. Packed in square bottles, the whisky itself is honey amber in color. It became the first whisky brand to feature bollywood celebrities in its advertisement. It is shipped to more than 10 countries all over the world. 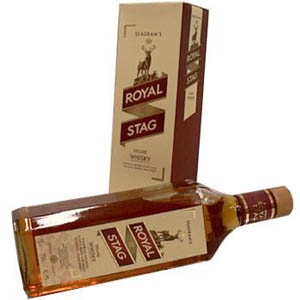 This brand was introduced in 1995 in India and is owned by Pernod Ricard. It is a blend of domestic granules and imported scotch malts. Royal Stag is the leading foreign brand in Indian market. The brand frequently uses cricketers for advertising. Its motif, a royal stag depicts the rarity of finding a perfectly blended whisky. 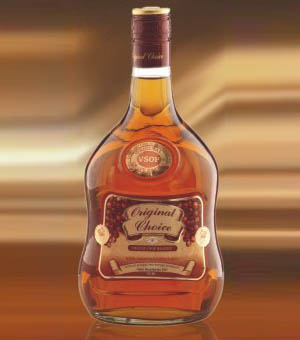 Original Choice is manufactured by Goa based John Distilleries and is included as one of the top selling brands in the world. Other variants of the brand include Original Choice Black Whiskey, Brandy, and Deluxe Rum. It is a premium whiskey brand, and can be taken with a little water, neat or on the rocks. The brand is often in controversy regarding its closely matched name of that of its rival, Officer’s Choice. It is popular among consumers for its smooth and subtle blend. 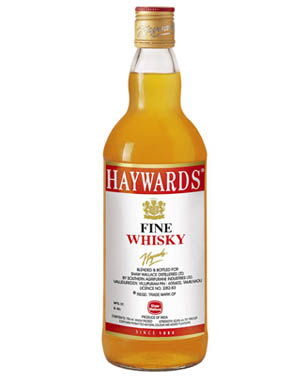 Manufactured by United Spirits Ltd, this brand comes in the genre of economy whisky.  It comes in highly afforded price and is known for its extra neutral alcohol and complex blends. The whisky is packed in elongated bottle which highlights the golden fluid inside. It has a major client following in African markets. 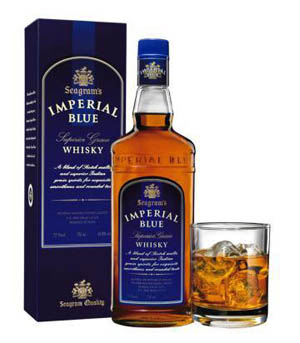 Manufactured by Pernod Ricard, Imperial Blue has made its place in top selling whiskeys in the world. A little expensively priced, the whisky sells mostly for its high quality among the middle income groups. It has consumers marked over 7.5 million around the world. Blended in Indian style, the whisky contains very little traditional malt whisky. 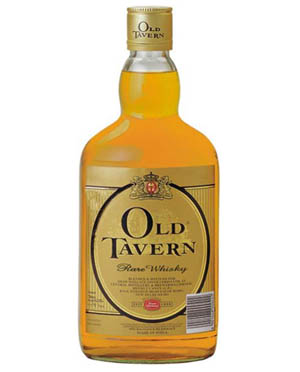 Sister brand to Bagpiper and McDowell’s No 1, Old Tavern has surprisingly emerged as fastest growing whisky brand in India. The brand has strong markets in Bihar and Uttar Pradesh. Its clientele following has reached 11.1 million. One of the main reasons for its popularity is that this brand offers refined taste of several blends at a very affordable price. 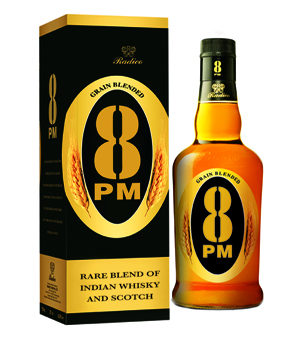 The brand was launched in 1999 by Radico Khaitan Ltd. and achieved an impressive number of one million consumers in the first year only. This whisky breaks the mold of Indian whisky and is rather based on grains. Main plus point of the brand is its attractive packaging and marketing. 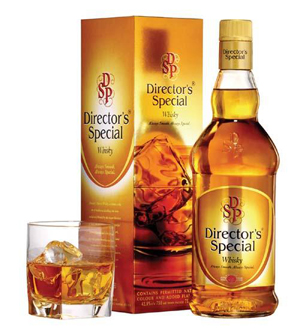 Another popular brand from United Spirits Ltd., t5he whisky is made from handpicked malt and barley. Commonly known as DSP, the whisky is popular for its undertones of oak and unique blend of flavours and essences. Its other variant, Director’s Special is also quite popular due to its international packaging.

Know about the top 10 strongest beers coveted by connoisseurs all over the world.