I have been using Nokia Lumia 720 since its launch. It has turned out to be more awesome than expected. Quite recently, when I checked on the Nokia Official site I was fascinated by the updates it has launched on the Nokia lumia phones. It has been named Lumia Amber Update and has a hell lot of features to offer. This time your phone will be smarter and faster than ever. I could not keep this awesome news to myself and decided to share in on my site. 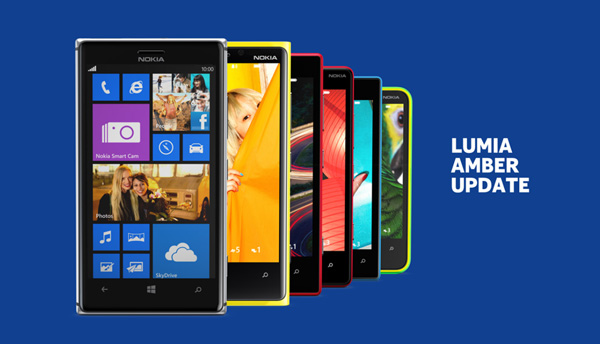 When this news hit the Lumia users they became anxious about the kind of update it will be offering and the change that will be made. Well I am sure there must be a bundle of questions popping in your head if you own one of the great Lumia series phones. This Lumia Amber Update is limited to some certain Lumia handsets including 520,620,720,820 and above.

Nokia Lumia devices will get the Lumia Amber Update and Lumia phones above 820 will get Nokia Pro Camera App. Now one will be left unsatisfied this time. Nokia has reserved something special for everyone out there with a Lumia phone. If you have already been happy with your windows 8 phone, your happiness will increase ten fold after this update. Lets directly go to what is this Lumia Amber Update all about and how it is going to affect the Nokia Windows phones.

What is Lumia Amber Update and what’s New in It?

Lumia Amber Update is a forthcoming update from Nokia for its Lumia Series Phones. This cool update will be available for only some selected phones and after you are done updating you will be mesmerized with the awesome look of you Lumia phone and feel kinda special. The lumia Amber Update is limited to 520,620,720,820 and above phones only. Sources say that this update is taking time to be launched because it has gone for testing in different countries. 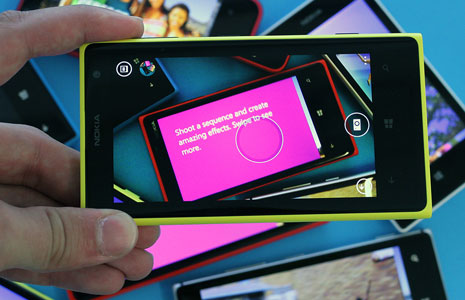 The expected date for its launch was supposed to be 12th August but since this date has passed long before, there is this buzz in the market about its launch. The update is rolling in selected countries first on the selected handsets. However, it is anticipated that it will touch all the windows 8 phones before the fall of September.

Nokia has officially announced that the Lumia Amber update will be first available for Lumia 920,820 and 620 and a while later for 720 and 520. This update will probably change the Windows phone and the meaning of Windows 8 Phones.

Lumia seems to be offering many additional tools, features and apps in this Lumia Amber Update. Users from all over the world are excited about this and positively anticipated the features of this upcoming update. A few of the features will be:

Your photography will be made more awesome after this update. Your shots will get better with the improved auto focus. You will get new capabilities with noise reduction features and many more. You will also be offered with Nokia Smart camera with which you can click pics in motion and choose the best shot. Lumia 925 or above will enjoy pro camera app so that the users are able to click pics like a Pro

Nokia glance screen is probably the most awaited feature that users are waiting eagerly for.  Nokia glance screen feature on the Lumia Amber Update will make your phone double as a clock with day and night modes keeping you up with the pace of the battery. However, this update will not be available for the Lumia 520.

Flip To Silence And Double Tap To Wake

This is another beautiful feature Nokia has decided to come up with. Won’t it be cool if you could unlock your phone just by tapping twice? Your call will go in mute just by flipping the phone. It was already available for Nokia phones. And on heavy demand of Lumia users it will be brought as well.

We will also get awesome updates for storage, installed apps and maps. You will get full control over your phone so that you may add and remove whatever you want. Get fast browsing, fast navigation and many more things after this Lumia Amber Update.

The most awaited FM radio will be available for Windows 8 driven Lumia series. It is one of those things that was missing from the Lumia phones. With this new update you can plug-in and tune in to your favourite radio stations with an awesome interface and clean and clear stereo sound. However sadly, Lumia radio will not be available for Lumia 620, 810, 928.

The update has already started brewing on Lumia 820 and Lumia 920 in the selected countries. It will be launched in India soon so that you too can get hold of the cool and awesome updates.