Now that story was interesting! The one where Flipkart delivered its customer two stones instead of ipod. It seems that a similar incident has happened with a Snapdeal customer too.  But this time instead of a pair of Slazenger shoes, Snapdeal offered a pair of coconut shells.

The customer’s name is kept anonymous but one of her friend Aditya Tibrewala, put a picture of it in his blog and narrated the story. Take a glance of the picture.

Just like the Flipkart incident, this too is suspected to be the handiwork of the package delivery guys. It is assumed that, the shoes were probably replaced with Coconut shells after the package left the Snapdeal warehouse. 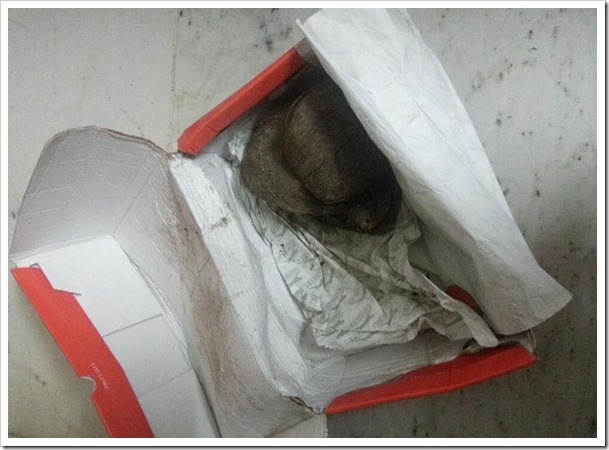 Now, these kinds of incidents do happen – But the most surprising aspect of this whole incident was even after 3 days of this incident happening, there has been no response from Snapdeal. Atleast, that’s what it looks like if Aditya’s tweets are to go by.

Well, these kinds of incidents are not a big deal as they do happen at times. But, what is more striking is that there has been no response from Snapdeal even after around 4-5 days of the incident. Aditya’s tweet says that, Snapdeal customer care was immediately contacted in regards to it and they requested 24-48 hours to resolve it. After nothing happened, they barraged Snapdeal on Social Media platforms.

Snapdeal should have acknowledged the problem on the basis of priority and tried to resolve the issue as promised.

We do not have much information about the actual customer of this package. But based of the tweets we presume that it is some Mausam Shah. Even the photo shows no evidence of it being a snapdeal package. Hence, there might be slight chance of it being unauthentic. But on the other hand Snapdeal seems to have acknowledged it and hence looks to be genuine.