Sex has become something indispensible from politics owing to the rising sex scandals across the world involving high profile politicians.

Politicians in the hangover of power consider political power to be the ultimate license that can win them anything and sadly they get away with it too.

Women have always been easy prey to these big shot politicians. The history of politics have witnessed a lot of cases where ‘pubic servants’ have unabashedly shown grave disrespect the women folk of their electorate. Well, India too is in this shame list.

Below are some of the major sex scandals involving politicians of independent India. Have a look! 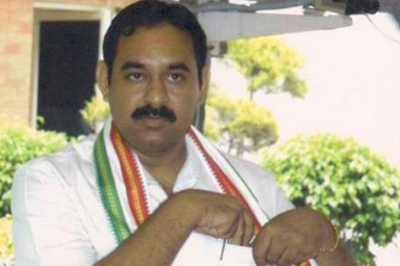 Congress MLA Satyanarayan Patel was seen in a compromising position with a woman in a CD that was surfaced in Indore, Madhya Pradesh.

Patel in defense said that his local rival from his own party, Vishal Patel tampered with the CD to defame him. According to Patel, it was a well-planned conspiracy against him with the assembly elections were on hot platter. However, a forensic lab found that the video of a female was interpolated with that of the politician to create the sex CD.

Another big shot of Madhya Pradesh politics Raghav jee was accused of unnatural sex with his servant. The CD showing the then finance minister of Shivraj Singh Chouhan government in compromising position with a man made irreparable damage to the party. Raghav jee was made to resign and the matter is now sub judiced.

Gopal Kanda, a former Haryana minister was imprisoned for assisting the suicide of Geetika Sharma, a former air-hostess of now-defunct MDLR airlines owned by Kanda.

Geetika Sharma committed suicide by hanging herself on August 5, 2012 and left behind a suicide note accusing Gopal Kanda of deliberately harassing her and leaving her with no option than to end her life.

Later on police investigation revealed that Gopal Kanda targeted Geetika right from the time of her joining the MDLR airlines. He made it mandatory for Geetika to meet him every evening.

In October 2010 MDLR became a part of Emirates Airlines and Geetika moved over to Dubai to join Emirates Airlines. However, Gopal Kanda sent a letter to Emirates saying that she had been a poor employee and had defaulted on a loan so that Geetika comes back to India.

Gopal Kanda however denied all the allegations saying he always tried to help Geetika Sharma and even financed her MBA course. He also made her the chairperson of the trust that ran an international school at Sirsa.

The whole matter came into light when police investigations revealed that on August 3, a day before Geetika committed suicide, Kanda’s advocate pressurized her over phone to sign on a petition filed in Goa which asked her to nullify the FIR lodged against another MDLR employee, Ankita Singh.

In Geetika’s suicide note she alleged that Kanda had illicit relationship with Ankita and both had a child together. Thus, a frustrated Geetika committed suicide.

Gopal Kanda was arrested on August 18 for abetting the suicide of Geetika and is in jail now.

The former Rajasthan minister Babulal Nagar was accused by a married woman of Jaipur of sexually exploiting her.

In the testimonial, the victim said that the minister promised her a government job and then sexually assaulted her. The woman alleges that the minister threatened her to keep her mouth shut else she will meet the fate of Bhanwari Devi, an auxiliary nurse killed by unknown persons. The reports said that she was blackmailing a Rajasthan politician.

Dhruv Narayan Singh, the BJP MLA of Madhya Pradesh, was accused of having illicit relationship with many women. One of his lovers, Shehla Masood, an RTI activist was murdered by another lover Zahida Pervez by contract killers.

Madhumita Shukla, a 24-year old poetess and seven months pregnant was killed by two assailants in her apartment in Lucknow on April 9, 2003.

Both Amarmani Tripathi and his wife Madhumani were arrested and sentenced to life imprisonment.

Bhanwari Devi, a 36 year old auxiliary nurse and midwife, from Rajasthan came into news when her husband alleged that Mahipal Maderna, the Congress minister in state government abducted his wife.

In the investigation it was revealed that Bhanwari Devi was blackmailing Maderna and Congress legislator Malkhan Singh and demanded crores of rupees based on a CD in which Maderna and others were seen in a compromising position with Bhanwari Devi.

Maderna and Malkhan decided to eliminate her through contact killers. Maderna is under custody now and court has framed charges against Malkhan too.

N D Tiwari, the then governor of Andhra Pradesh was seen in bed with three women at his official residence inside the Raj Bhawan under a sting operation carried out by a leading Telugu channel.

Tiwari did resign and apologized publicly but still claimed that the whole issue was framed by his political opponents.

The whole matter came into light when a lady Ujjwala Sharma accused him of fathering his son Rohit Shekhar and the son demanded a DNA test. The test proved the lady right.

Mukesh Kumar Lal, the driver of Singhvi for several years taped the CD secretly and started blackmailing Singhvi to make it public.

Singhvi however, approached the Delhi High Court to plea to ban the CD alleging that the content was morphed. By the time Delhi High Court acted on the plea, the CD was uploaded on YouTube and went viral living him deeply embarrassed.

The controversy made the Congress party drop Singhvi from its media panel. However, he was brought back on Nov 2, 2012.

Harak Singh Rawat, the then Uttaranchal minister of Congress party was accused by an Assamese woman of having fathered her new born child in 2003.

Rawat had no choice but to resign due to the allegation made. He could never get back into his position hence.

Sanjay Joshi, the then general secretary of BJP was allegedly caught in a compromising position with a woman in an audio cassette and a VCD in 2005.

Sanjay Joshi, a RSS prachark known for his tough and no-nonsense approach said that the CD was an outcome of intra-party rivalry. Narendra Modi was also dragged into the case with whom Joshi had fallen out owing to sharp differences.

The cassette had the voices of Joshi and the woman was talking about unfulfilled promises. Sanjay Joshi was made to resign from his post but later rehabilitated in the party.

Jagjivan Ram was only a few steps away from becoming the first Dalit Prime Minister of independent India when his son Suresh Ram was caught in a sex scandal. Indira Gandhi was defeated in the Janata Party wave in 1977 and Jagjivan Ram was a favorite for the PM post as an experienced politician and able administrator.

Unfortunately, nude pictures of his son Suresh Ram were published in a magazine named ‘Surya’ in compromising positions with a girl named Sushma Chaudhury. The magazine edited by Maneka Gandhi, the daughter-in-law of Indira Gandhi, had more to it than what met the eyes. Photographs were taken on an automatic polaroid camera at that time. Jagjivan Ram’s political career had to meet an unfortunate end post this scandal. The Janata Party broke into two and the Morarji Desai government fell. Charan Singh with the outside support of Congress hence became the prime minister.

The sex scandal hogged the limelight when a Kozikode based NGO filed a complaint alleging that an ice cream parlor was being run as a brothel and a number of girls were being sexually exploited by politicians, judicial officers and other VIPs.

P K Kunhalikutty, a minister belonging to IUML leader was accused and was made to resign.

The case took a different turn in 2011 when a relative of Kunhalikutty alleged that he had helped him in twisting the case by bribing the witnesses. 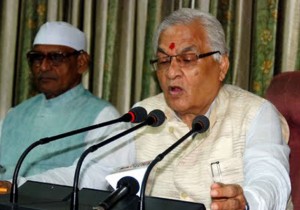 The Bobby murder case was in the limelight in 1982 in Bihar. Bobby was working in the Bihar secretariat when her murder caught headlines and the Congress government came under scanner. The government was then headed by Congress leader Jagannath Mishra.

On huge public pressure and media scrutiny, the case was reopened and the dead body of the girl was exhumed for forensic analysis. The culprits were identified later on. 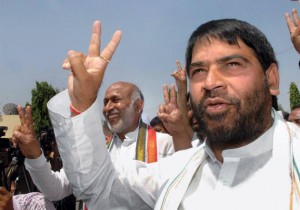 A high profile sex scandal came into light in Bihar in 1999. This time it was related to Sadhu Yadav, the brother-in-law of Lalu Prasad Yadav. The scandal involved the murder of a girl Shilpi Jain and her friend Gautam as both of them were friends of Sadhu Yadav. Their dead bodies were found inside a car in semi-nude condition.

In the final report submitted by CBI it said that both the lovers committed suicide by consuming poison. However, media reports claimed that she was raped and when Gautam came to rescue her both were forced fed poison.

In the midst of public outcry, the case was forced to reopen. However, nothing concrete could be established against the big shot Sadhu Yadav.