Twitter on Thursday said that it filed for an initial public offering, setting the stage for the most high-profile technology stock market debut since Facebook’s troubled share sale last year.

Twitter did announce the filing on its own social media messaging service by saying, “We’ve confidentially submitted an S-1 to the SEC for a planned IPO. This Tweet does not constitute an offer of any securities for sale.” 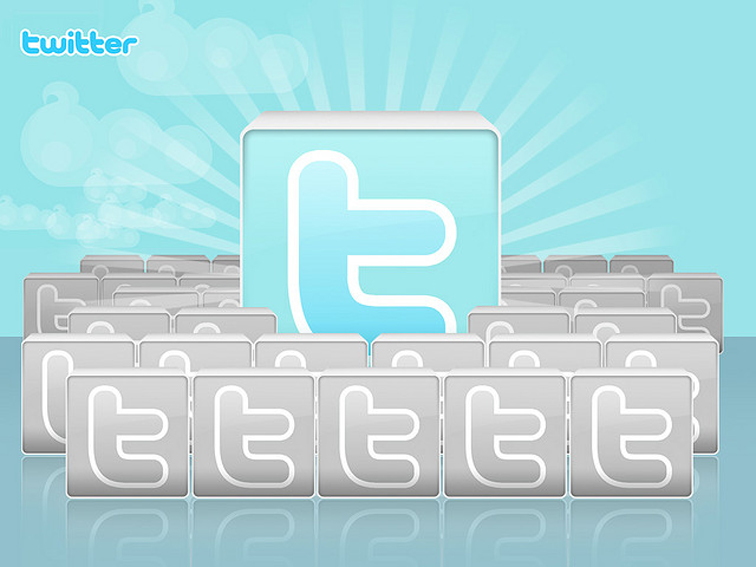 Is the tech hype back with Twitter’s IPO?

The company quickly followed that up with a second tweet, saying “back to work” and attached a photo of employees at Twitter headquarters in San Francisco.

The tweets were seen to be swiftly re-tweeting thousands of times and set off viral chatter across Silicon Valley where many of the venture capitalists who backed Twitter are based.

David Sacks, a former PayPal executive and founder of start-up Yammer, which Microsoft bought for $1.2 billion last year tweeted,” “My over/under for Twitter at end of first day of trading: $25B.”

“This is one of those exciting moments in the Valley,” said Kevin Hartz, CEO of start-up Eventbrite, who invested in several other successful start-ups including PayPal, Pinterest and Airbnb. “It’s just a financing event for Twitter, but it does demonstrate the next step in the life of what is an emerging Internet giant.”

Twitter that came into existence in 2006, has turned into a new form of communication used by presidents, corporate chieftains and smartphone-wielding kids alike. The company has only recently started to generate serious revenue by showing ads in the stream of other tweets users see. According to eMarketer, “Twitter will haul in $583 million in advertising revenue for 2013 and hit $1 billion in 2014.”

“It makes sense that they are doing an IPO with those numbers. It’s a great time for them to raise money,” says Gartner analyst Brian Blau.

The filing is seen to be timed as the fourth quarter approaches.  “It is a traditionally strong period for social media activity and related advertising,” says Sam Schwerin of Millennium Technology Value Partners, which owns a small stake in Twitter.

Facebook’s IPO last year was a flop, but its shares have rebounded in recent months as the company succeeded in selling more ads through smartphones and other mobile devices — through similar ad techniques as Twitter uses.

Though Facebook’s IPO was a flop last year, but its shares have rebounded in recent months as the company succeeded in selling more ads through smartphones and other mobile devices through similar ad techniques as Twitter uses.

Schwerin comments that,” Facebook shares are up more than 60% so far this year and hit a record this week, while professional network LinkedIn has rallied 117%. That should support Twitter’s valuation during the path to the public market.”

Twitter will need a similar kind of support. Its shares have recently traded in the so-called private secondary market which lets shareholders and stock-owning employees of private start-ups sell some of their stakes to other investors.

Sources say that a fund run by BlackRock put $80 million into Twitter at the start of 2013, and that deal valued the company at more than $9 billion. Some other, smaller secondary market deals have valued Twitter at well over $10 billion. It therefore needs strong results and a buoyant stock market for the IPO to run smoothly.

Twitter has been using a relatively new Securities and Exchange Commission rule that allows companies with less than $1 billion in annual revenue to file an IPO prospectus “confidentially” with regulators.

Francis Gaskins of IPOdesktop.com opines that, “This registration statement is the first step in an IPO that typically takes three to six months, but can take longer. By submitting the filing, called an S-1, to the SEC in private, regulators can look it over and point out any issues before Twitter makes it available to the public.” However, no price range for the stock has been set yet.

He further says, “Twitter will need to make its confidential S-1 filing public about three weeks before it starts a road show, in which the company gives presentations to potential investors in the IPO. The road show is one of the final steps, typically followed by pricing of the shares and the first day of trading.”

“Filing S-1s in private has become pretty common since the passage of the Jumpstart Our Business Startups Act in April 2012. What’s unusual, however, is that companies usually don’t announce they’ve submitted their plans in case the deal doesn’t happen,” says Jay Ritter, professor of finance at the University of Florida.

Given the status of the filing at this point, Gaskins expects the deal to hit the stock market by early December.

“Twitter’s IPO comes just as demand for IPOs is starting to heat up. So far this year, 131 companies have filed for IPOs, which is up 44% from the 91 that filed at this point last year,” says Renaissance Capital.

Renaissance also says,” Technology companies, though, have not been the biggest driver of IPOs. So far, there have been 22 tech IPOs this year, trailing the 31 in financial companies and 33 in health care. But investors are clamoring for technology. The average tech IPO has soared 23% on its first day of trading, topping the 16% and 5% first-day gains of health care and financial deals.”