With so many network providers coming up in India, they are always seen at war with one another only to offer the best in pricing, services, speed and sensitivity when it comes to offering 3G technology.

Of the many the leaders are Aircel and Airtel telecom services. According to reports, “Mobile telephony is emerging from its roots and a casual Indian techno-savvy person has evolved from mere text messaging and calling to make ample amount of usage of his mobile phone with 3G technology.”

It is seem that the middle class population in India is always ready to spend more on 3G technologies. Thus the timing for the penetration is just perfect.

With the coming of Bharti Airtel into the 3G technology scenerio, ideas like the launch of 3G buses campaign was implemented. The campaign let users from major cities step into the red colored buses to avail the experience of 3G mobile services like the mobile TV, video conferencing/calling and gaming online.

Airtel 3G is as good too. Buffering or waiting for pages to load became a long lost call. People could be from anywhere, anytime within the country.

Sending of email, downloading attachments, uploading pictures from phones, connecting with friends and video calling: all these features are superfast in Airtel 3G. Carry your Jukebox in your pocket, watch movie clips, listen to song downloads, enjoy your favorite cricket matches, pay attention to News, and watch your preferred channels from any corner of the country.

Airtel goes by the slogan, “Everything official about it.” With Airtel 3G heavier attachments can be downloaded in no time as it works faster and better. 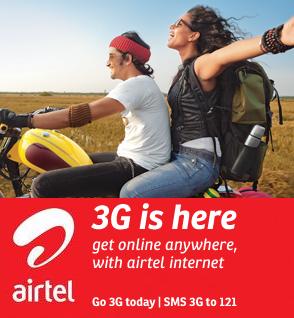 Airtel gives you a 7.2 Mbps plug and let you play USB Modems for your laptops at a very high speed thus making navigation and teleconferencing easier and without a hitch. Enjoy amazing speeds while uploading pictures to your Facebook page and connect with friends.

What’s Inside Its Big Bag of Goodies? Aircel 3G technology, the telecom company from Chennai offers 3G in the form of Wireless voice, messaging and data transferring services across India. 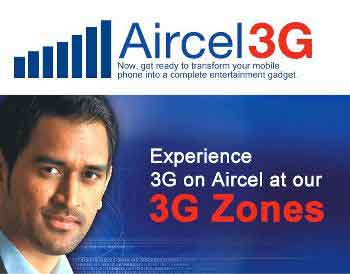 When it comes to speed, the average download speed from Aircel 3G in any time slot on different devices is 1.5 Mbps. The upload speed however remains between 0.24 Mbps to 1 Mbps.

A few other features of the Aircel 3G data plan include monthly plans of Rs 128 for 500 MB 3G data usage and Rs 997 for 10 GB usage with a high speed of 7.2 Mbps. For more information, check its official site.

On the other hand, Airtel provides better speed and reliability – only you have to pay a little extra.

Aircel 3G is much cheaper and quite economical as compared to other 3G service providers in India.

The 1GB monthly data pack cost around Rs 251 on Airtel, but you get the same on Aircel for Rs 198. The data plan is Unlimited and the payment has to be made for just 3G speed priority.

Summing up, Aircel is cost effective and comes handy for cost effective. While in case of Airtel, it offers slightly better speed and much better reliability but charges more. The decision is yours, therefore choose as per your wants and criteria.