If you always wanted to buy a smart watch but have never been satisfied by the offerings and even Samsung’s Galaxy Gear could not make you more enthusiasts. Hold on! Your wait is finally over. It was recently outburst in the market that Google purchased a smartwatch manufacturer about a year ago and kept it hidden until now. 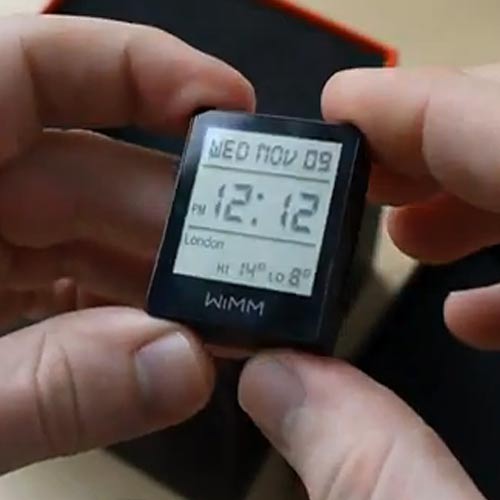 It was named WIMM which created an Android-powered watch called the WIMM One. Just after the watch was launched, the company closed up shop, deleted all its social media accounts, and left its website as nothing more than an empty shell with a note stating the company had “entered into an exclusive, confidential relationship for our technology and ceased sales of the Developer Preview Kit.” And in a jiffy, WIMM became a mystery.

GigaOM confirms that the same watch maker was purchased by Google. It is brought to light that the company is now working as part of Google’s Android team. This decision makes complete sense because the watch was originally running Android on it.

GigaOM also guesses that Google is about to come up with something more interesting.  Andy Rubin stepped down as head of the Android team back in March earlier this year and plans to head up a still-unannounced project elsewhere within Google. Is there any possibility of it being the upcoming Google Smartwatch? But, there is no evidence to confirm or deny this claim. It is nothing more than a mere speculation. However, we have heard from a reliable source that Motorola is actually the one building the hardware.

We have no idea when can we glance this mystery Google smartwatch. But, it is sure to come up eventually.