Almost all of our childhood memories include learning nursery rhymes. Even today, when you hear those rhymes, you tend to tap your feet almost involuntarily. I still remember those memories when I used to reluctantly recite in front of my parents, neighbors, uncles, aunts, brothers, sisters, other uncles, other aunts… OMG! I had such a huge fan base back then. Aah! Good olden days.

Even now, as an adult, I remember each and every line of them and it always gives me delightful pleasure to watch little kids reciting their favorite nursery rhymes in their cute singsong voice. The cuteness is multiplied when they make those beautiful hand gestures trying intellectually to explain the meaning of their difficult poems as we stare at them awe stuck.

Let’s relive our childhood today. I have complied the 10 most famous nursery rhymes of all times below.

10. LONDON BRIDGE IS FALLING DOWN 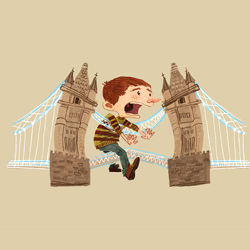 London Bridge is falling down, my fair lady.”

Most popular of all traditional English rhyme that must have probably depicted the difficulties experienced while constructing of London Bridge over river Thames. However, there are several other theories depicting its origin. But way back that, those theories did not matter at all. I remember the way I used to play with my elder brother boxing him every time the word ‘down’ came up. Haha! How crazy I was back then.

9. ONE TWO BUCKLE MY SHOE 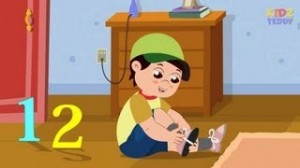 “One, Two, Buckle my shoe, Three, Four, Open the door,

This is another popular English rhyme and when I think of it now, it is a clever way to teach counting to the otherwise reluctant children. The poem dates back to the 18th century and has been featured in many movies as well. This poem was also used by Agatha Christie in the title and story structure of her novel “One, Two, Buckle My Shoe”. 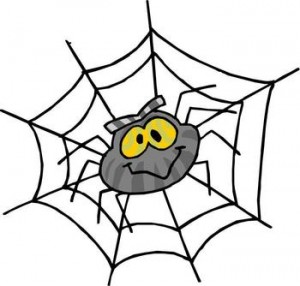 “The Itsy Bitsy Spider crawled up the waterspout.

Down came the rain, and washed the spider out.

Out came the sun, and dried up all the rain,

And the Itsy Bitsy Spider went up the spout again.”

This rhyme is about the adventure of a spider after getting washed out of a gutter system and when kids mimic the words of the song, it looks just wow! For the first (and last) line, alternately touch the thumb of one hand to the index finger of the other. For “Down came the rain” hold both hands up and wiggle the fingers as you lower the hands (the rain). For “washed the spider out” sweep the hands to the side. For the third line bring both hands up and then to the sides to sweep out a semicircle (the sun). No one can ever deny its cuteness. 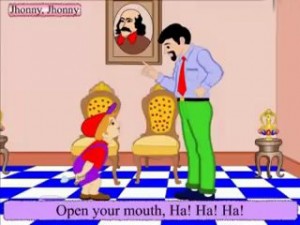 This cute little English rhyme narrates about a little kid caught stealing sugar and eating it. I can almost feel the grin on your cheek now! We all have done this as a child. The most adorable part is the ‘hahaha’ when kids recite it.  Not much is known about the origin of this poem. 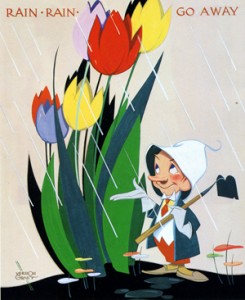 Kids love playing in the rain. It’s like a small picnic out there. But our little Johnny seems to be irritated by rain. Over the decades many version of the poem have come up asking rain to come on Saturday, on April day, on Christmas day and so on. The original one dated back to the 17th century!

5. RING AROUND THE ROSIE 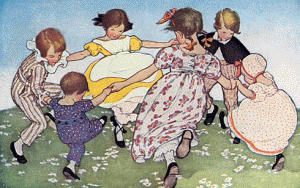 “ A pocketful of posies.

Ashes, ashes, We all fall down.”

Are these the real lyrics? But all my childhood, I thought it was

Haisha haisha, all fall down”

Anyways, my bad! This poem is actually about black plague. When people got the plague they had a rash where they were bitten by the fleas that had a red mark with a red ring around it. As a child no one can ever understand it. 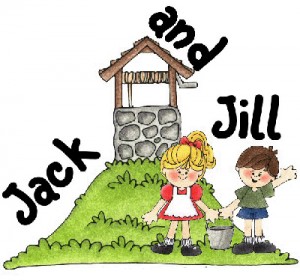 “Jack and Jill went up the hill,

To fetch a pail of water.

Jack fell down and broke his crown,

And Jill came tumbling after.”

One of my favorite rhyme which dates back to the 18th Century. It has different number of verses each with a number of variations. This rhyme has traditionally been seen as an illogical rhyme. The reason being, why Jack and Jill will go up the hill to fetch the water because water is found at the bottom, right? However, the true origin and true interpretation of this rhyme are not known till date. “Humpty Dumpty sat on a wall,

Humpty Dumpty had a great fall.

The subject in this rhyme is actually an Egg, though the poem does not explicitly state this fact. Because it was originally a riddle. However now since the answer is so well known, this poem is no longer posed as a riddle. A very interesting fact about this rhyme is that the Second law of thermodynamics can be demonstrated using this rhyme. But how in earth will a kid understand this? 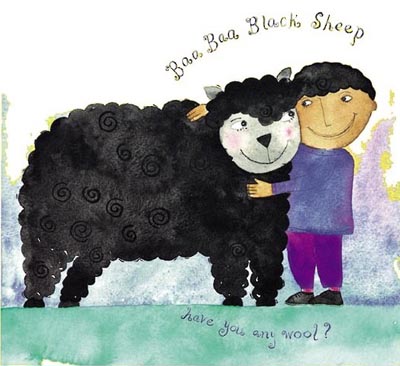 “Baa, baa, black sheep, Have you any wool?

And one for the little boy who lives down the lane”

This poem also comes various versions. The tone is same as the “alphabet song”. The main reason for it being a very popular nursery rhyme is that it is relatively easy for little kids to master because of its trochaic meter in which a stressed syllable is followed by the unstressed one. How I wonder what you are.

Up above the world so high,

The most popular English lullaby of all times. Most of us do not know that the lyrics are from famous poet Jane Taylor’s English composition “The star”. Although the poem has five stanzas, only the first one is widely known. Well, thank God, we did not have to memorize the whole poem. It is linked to Mozart and uses the same tone as the “alphabet song”, hence its popularity.