If you ask people about who are the best Lawyers in India, you will get mixed views. People consider various factors like senior and junior lawyers and retired judges, examine the track record of short-listed candidates, compare their knowledge, acumen and court craft with that of others and then come to a conclusion. They also consider things like how good are they at retrieving seemingly impossible situations, can they persuade a judge to appreciate a point of view, how have they shaped the opinion of government, how about the judiciary and public opinion and so on and so forth. 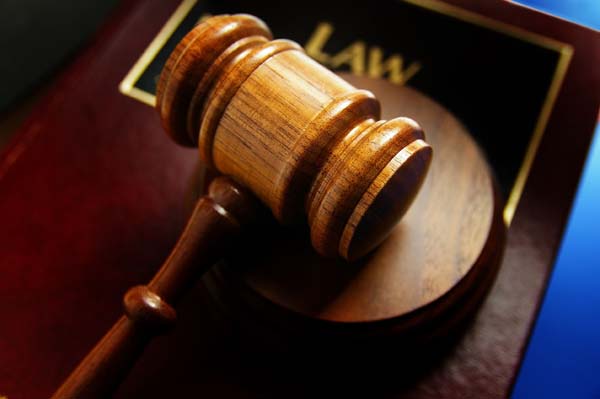 Keeping the above factors in mind we have come up with a list of the 10 best advocates in India. Have a look:

Nariman entered the field in 1951, under the legendary Jamsetjee Kanga who could learn a lot from his contemporary seniors at that time.  Nariman, 81, today has a voice that has turned metallic over the years. The Needle Industry Company Case which related to intricate questions in company law came as a turning point to his career 1981.

At present, he charges over 2.5-3 lakh for a five minute argument on admission day. Nariman’s formula for success: “75 per cent hard work, 25 per cent court craft”.

2. K Parasaran, Man For All Seasons

K Parasaran is one of the favorite legal consultants of the UPA government. One of the most striking qualities about him is that he barely speaks outside the courtroom. But when he argues a case, he is one of the most articulate advocates ever.

He is quite ethical also handles complicated constitutional issues with ease. However, today Parasaran believes the Bar is no longer as ethical as it once was. He says that the image of the higher judiciary has been tarnished with so many allegations of corruption.

Harish Salve is usually referred to as the ‘legal robot’. Over the years he has been seen arguing over cricket and politics, communal pogroms and economics.

He started his work under Nani Palkhivala. One of the biggest cases of his life was his fight for Doordarshan regarding telecast rights. 57-year-old says, “Spontaneity is what distinguishes a good counsel from a not-so-good one.”

Sorabjee, the former attorney general successfully defended India against Pakistan in the Atlantique downing case in an international court and earned every bit of fame. His has extraordinary constitutional knowledge and international experience. Sorabjee charges about 1.25-2 lakh for appearing on admission day. He too believes that court craft is really the icing on the cake for any case to win. His ratio in work is 70:30.

5. Jethmalani, Crimes Are His Passion

Jethmalani will always have a smile on his face in the court room. He uses his baritone to showcase his phenomenal knowledge of both criminal and constitutional law. He is known for his rapier-sharp wit.

He is one of the highest paid criminal lawyers in India. He also gives regular appearances as spokesperson for the Congress party. He is relatively calm in reasoning out his case and as such his restraint seems principled.

Desai is one of the most soft-spoken advocates India has ever witnessed. It seems that the former attorney general enjoys the confidence of the Bench. The turning point in his career came when arguing the case of theatre artist Vijay Tendulkar and the controversy-marred play Sakharam Binder.

Desai charges a sum of more than 2 lakh for a five-minute argument for admission of a petition. “I, for one, try to maintain that you have to give back to society a part of the income that you earn, preferably anonymously,” says Desai dismissing the money he earns.

Mukul Rohatgi is famous in the field for his lung power he uses during arguments in the courtroom. Rohatgi is a supercar collector, Atlas Shrugged reader, traveler and art-connoisseur too.

Mukul Rohatgi has been associated with politicians like Varun Gandhi and Jayalalitha, and the commonwealth scam accused.

Nariman argues in his baritone voice and does not like to be in the shadow of anyone, not even his father Fali Nariman. This is the reason why he was able to carve out a niche for himself in corporate litigation. He made an exception in the corporate world by being able to become a senior advocate at a ripe 36 years of age.

He was able to grasp a lot from his contemporary seniors like Justices O Chinappa Reddy and A P Sen. “I lost almost all the cases I argued before them,” he confesses.

Mukul Rohatgi has the ability to argue a case even if briefed for two minutes before being called in for hearing. It is said that he does not depend much on case law for its success. He rather has an uncanny ability to recount a public deception and persuade the judge to see from his perspective.

Rohatgi was appointed additional solicitor general by the Vajpayee government in 1999. The ongoing case at hand is of the two Ambani brothers over gas supply issues in the Bombay High Court.

Venugopal is the person every constitutional law student is inspired from. He is the person whom the Supreme Court enlists every time some important Constitutional issues come before it for interpretation. He was associated with two writ petitions that the Karunanidhi government filed following its dismissal in 1976.

He charges the highest among most other lawyers in the field i.e. 2-3 lakh for a mere five-minute appearance on admission day. He is also a charitable person and is seen donating funds for higher education or medical facilities for tribal children.