A New York company is in the market with its latest launch of innovative undergarments for women to combat sexual assaults. The name is AR Wear and this line of undergarments is difficult to remove forcefully from a woman’s body. This line resembles Lululemon tiny workout shorts and has cut-resistant straps and webbing to prevent anyone from ripping them off.

This IndieGogo funded garments are already facing controversies in the market even when the company has explicitly stated that, “The only one responsible for a rape is the rapist and AR Wear will not solve the fundamental problem that rape exists in our world. The products were developed so that women and girls could have more power to control the outcome of a sexual assault.”

The intentions of AR founders behind the invention are noble and good but it has some downfalls too. They wanted to offer some peace of mind in situations that cause feelings of apprehension, such as going out on a blind date, taking an evening run, clubbing and traveling in unfamiliar countries. Slate’s Amanda Hess calls the undergarments ‘elegant chastity belts’ and opines that,” Nothing makes a woman feel comfortable in her own body like a constant physical reminder that she’s expected to guard her genitals against potential sexual assaults at all times.” 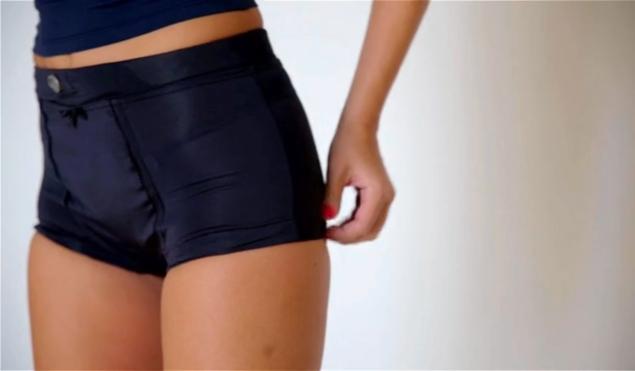 On the contrary AR Wear says that perhaps there are women who would feel safer walking into a club or a first date with these undergarments on. But sadly the company’s mission statement ignores the fact that 73 percent of sexual assaults are perpetrated by someone the victim knows, most of the times a close friend or romantic partner. It is reported that vast majority of women who are raped are not attacked by strangers in foreign countries or by someone they decide to meet offline. And above all, there are lots of ways to hurt and abuse a woman, let alone getting her underwear off.

Think Progress’ Tara Culp-Ressler wrote, “Every time we tell women that they should take another precaution to keep themselves safe — wear more clothing, stop drinking as much alcohol, watch their drink carefully, and don some anti-rape underwear — we’re furthering the fundamental premise upon which rape culture rests.”

The bottom-line is no one would really want to strap their vaginas into protective undergarments.