Researches from Adzuna.co.uk, a job search engine recently came up with the finding that Miners and Couriers are the worst occupations in the UK whereas Translators and Web Developers are the best occupations of 2013. Again Doctors and Pilots have the most work load. Travel Agents and Supermarket Cashiers on the other hand do not seem to have a good business in 2014. 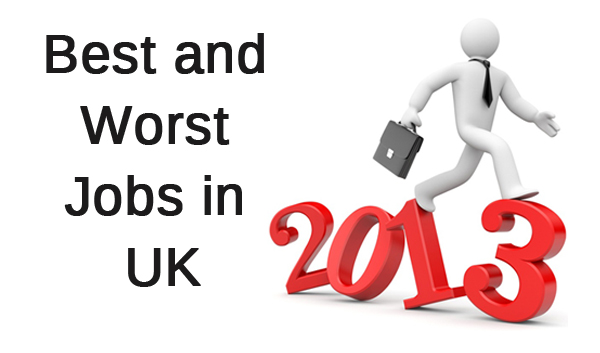 The study was conducted in September 2013 with over 2,000 job titles. Its main objective was to find out the best jobs, worst, most stressful and most promising jobs in the United Kingdom. The job titles were scores on the basis of 25 different criteria like earning potential, working conditions, competitiveness, unemployment rates, job security and so on.

The study crowned Miners and Couriers as the worst jobs in the country. Parameters like high pressure deadlines, lowest income growth potential and long hours made it top the list in this category. Few other jobs in this category includes Sous chefs, Electricians and HGV Drivers.

Most Stressful Jobs of 2013

Pilots & Oil Riggers involves the most emotional and physical stress. Again journalism is also in the list, mostly because of the high pressure working environments and deadlines.

Librarians and Translators are rated as the least stressful jobs in UK. Low levels of competition, few deadlines and little physical work is the reason behind the ranking.

Here is the list of the 5 Least Stressful jobs of 2013 at a glance:

Most Promising Jobs of 2013

IT and Engineering sectors dominate the most promising job sectors in UK. Advertised jobs are also rising in demand. It increased by 23% in this year.

Technological advancements and recessions in big firms such as Thomas Cook & the Royal Mail seems to have had a huge impact on the UK job market. Occupations like Agents, Postmen, Supermarket Cashier and Factory Workers are losing its prominence.

To wrap up, Flora Lowther, Head of Research at Adzuna says “Listing every available vacancy in the UK and studying the behavior of millions of monthly job seekers, gives us a unique insight into employee satisfaction levels and perceptions in today’s job market. Job seekers should be taking note of this research when thinking about their next career move.”

Here is the list of the 5 Least Promising jobs of 2013 at a glance: