What will you associate actor Alok Nath with? What is the first thing that pops in your head? Well, as for me, I get mental snapshots of movies like Hum Saath Saath Hai, Vivaah, Hum Aapke Hain Kaun, Kabhi Khushi Kabhi Ghum and the unforgettable television series Sapna Babul Ka…Bidaai and Yahan Main Ghar Ghar Kheli.

Seems like our sanskaari bapuji of Bollywood and Indian television is on hot platter over the internet these days. It was a silly funny tweet from 30 December that started it all.  Even a Facebook page named ‘Alok Nath Memes’ was created on 1 January, 2014. It has been two days and the page has already had more than 28,000 likes.

Let crazypundit too show you a sneak peek of the 10 Best Alok Nath Tweets that has turned into Memes and is catching wild fire. Hail bapuji!

@ Sand_In_Deed: Rajnikanth once taught Moral Education in Primary School , Yes Alok Nath was in that class.

@zoomphatak: Alok nath holds da record for most number of kanyadaan by a human being..!!! 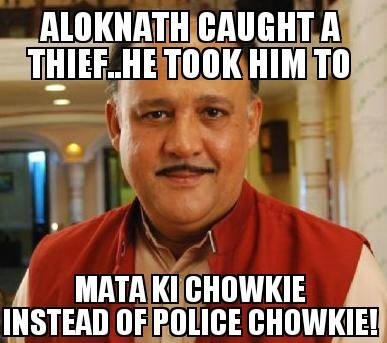 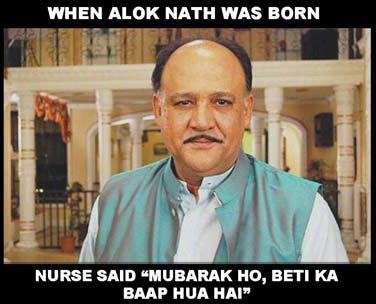 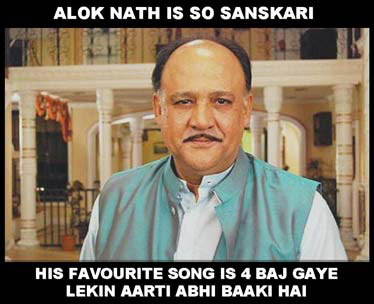 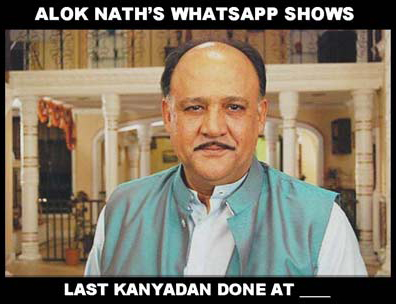 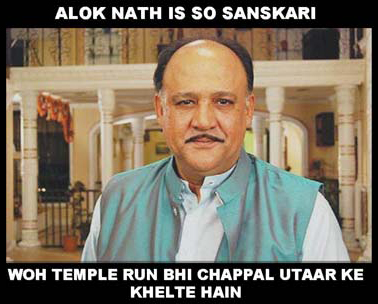 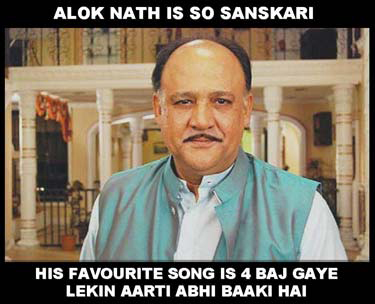 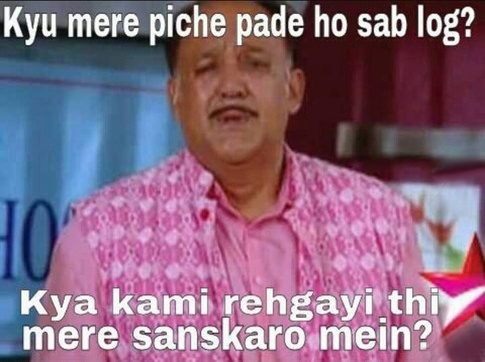