The iPhone and Android Vine app are the hottest video sharing platforms of the recent world. Consider it as Twitter for video.  Allow its user to take a maximum of 6 seconds worth of video and posting it to Vine, Facebook, or Twitter. It is fascinating to see that it has grown very fast since its release about a year ago. It is believed to be a hit partially because of Twitter’s purchase of the app. 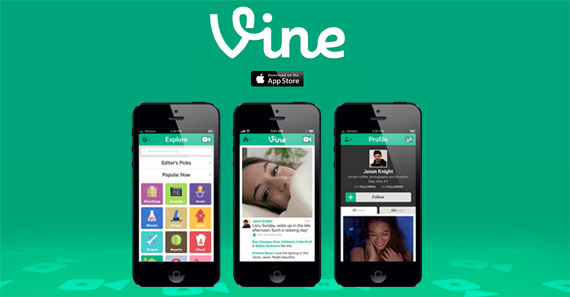 At present there is no feature in the Vine app which allows you to download a video from Vine. You also cannot view Vine videos on your computer unless they are posted to an outside website such as Facebook or Twitter. If it is a video, it will show up in the camera roll of your iPhone or Android and you can share it from there. But if it is not and is neither posted anywhere but on the Vine app, there is no current way to download it. Remember that to download Vine videos you will have to post the video to Facebook or Twitter or another site. Once it is uploaded, grab the Chrome extension FVD Video Downloader or something similar. Go to where the video is embedded and download the video by using the extension.

There are many places on the internet where will find the best Vine clips or videos. Facebook has a Funniest Vine Videos page that is updated on a regular basis. The Vine app also features videos like “Editor’s Picks” and “Popular Now”. Go for a Google search for the best Vine clips and you’ll find dozens of compilations of videos. As of now, there isn’t really a way to rank the videos overall by views, etc. like they have in YouTube.

Vine is owned by Twitter and was started in June 2012 and bought by Twitter in October, 2012. Since then they have amassed a huge fan following. According to review in Topsy, Vine has recently surpassed Instagram in the number of Twitter shares at 2.4 million and 2.2 million, respectively.

If you want to search for people or tags go to your app, hit the home key at the top left and click Explore. Well, you can search for people, popular tags, trending topics, and editor’s pictures here.

This app was released for Android use on June 3rd 2013 with any Android device with version 4.0 or greater. You can easily download the app from Google Play.

For any problem related to this app, be it to report a bug, request a feature, report abuse, or general inquires, directly contact Vine via their customer service link.

Record a video and hit next. A screen will pop up to share the video and toggle switches to post to Twitter and/or Facebook. From Twitter or Facebook you may always share it to other social media sites. Try to go to Google Plus after recording the video and get Google+ synced with your photos/videos. It will show up in the Google+ app.

Yes, you can download the app at Google Play.

Vine limits video recording to 6 seconds or 180 frames. You are allowed to break the video into different segments or even use a series of 180 still frames. But whatever you do, it has to be less than 6 seconds.