India is a country rich with diversity. It is a mixture of culture and religion of with the major ones includes Hinduism, Muslim and Christianity. Christianity occupies the third largest population in India. Due to the impact of western countries in the past many great churches are built where Jesus Christ and Virgin Mary are worshipped. The Holy Bible is the religious book of the Christians. During commemorative days and in Sundays Christians go to the churches and pray. Churches too are of various kinds depending on the beliefs like Orthodox Church , Protestants Church, Roman Catholic Church, Anglican Church etc. Anyways, I have listed a few of the most famous churches in India. 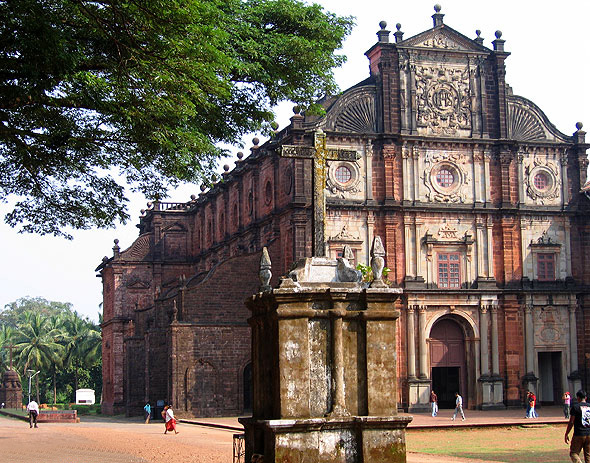 Basilica Bom is one of the famous and oldest churches in India located in Goa. It is 300 years old. Basilica Bom is considered as a UNESCO world heritage site. This church holds the remains of St. Francis Xavier body which is available for public display. Thousands of believers swarm up this church including tourists.

Malyatoor church is the most prominent church of South India located in Kerala. Malyatoor church dates back to 52 AD. It was built by St. Thomas, Apostle and is located at the top of the hill. Malyatoor Church is considered as an international pilgrimage by Vatican. Malyatoor is actually a village in Ernakulam, Kerala. And hence got its name from consolidation between three words like Mala(Mountain), Arr(River) and Oore (place). Malyatoor is the meeting place of mountains, river and lands. People from around the world have to climb the mountain to have a look of this church. Vallarpadam church is another famous church dedicated to Mary. Mother Mary is symbolized as Vallarpadathamma here. Vallarpadam was built in 1524 by Portuguese and was destroyed by Dutch people. This church is located in Bloghatty Island in west Ernakulam, Kerala at present. This church has been considered as the most scared church by Pope Leo XII. The Union government has declared this church as a famous pilgrimage center. 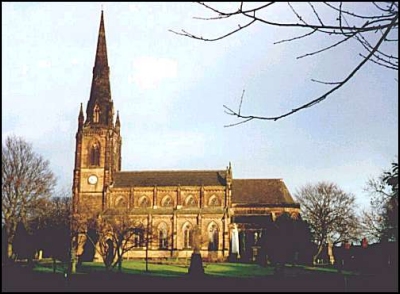 Holy Trinity Church was established in 1851 and is located in M.G road, Bangalore. This church used to be a famous military church in South India. The site of Holy Trinity church has been chosen by Bishop Corrie. This church was constructed in 1852. Trinity church consists of stained glass showing baptism of Lord Jesus. Queen Victoria’s own West Kent Regiment is depicted in the cross. 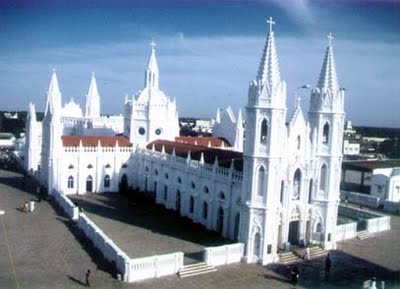 Velankanni church is considered as the most scared church among the Christians worldwide. Velankanni is situated in the Nagapattinam district of Tamil Nadu, located in the Bay of Bengal. It is considered famous for the three miracles i.e. Apparition of Mary curing lame of buttermilk, Jesus to slumbering shepherd boy and survival of Portuguese sailors from sea storms. This prominent church is known as “Lourdes of East”. It is believed that offering candles to this church will improve your illness. The candles, too, can be given different shapes like lungs, hearts etc as per persons ailments.