As Joseph Crane rightfully quoted, “Astrology, the Science of the Stars is one of the great adventures of human civilization and has contributed greatly to people’s lives and to our culture over time. Astrology’s purpose is to use the positions of the planets and stars in the sky to gather information on the individual and on humanity. Astrology is a system that enables us to understand the past, present and the future within a universe full of meaning.” 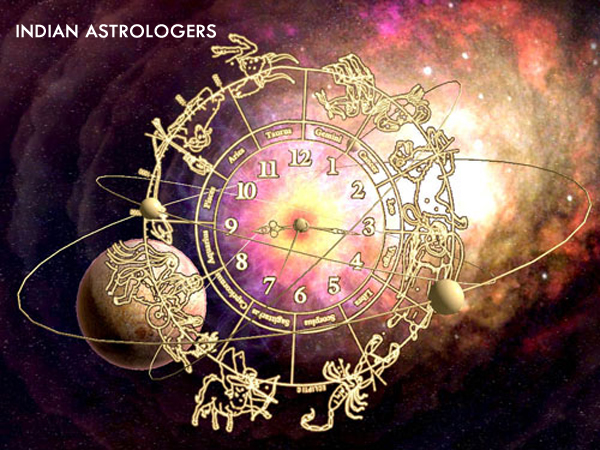 Jyotisa also Jyotisha, is the Hindu system of astrology known as Vedic astrology. It has been originated from Rig Veda, the oldest of the four Vedas, or let me put it this way,’ the spiritual Bible of ancient India.’ Astrology is one of the crucial aspects in the lives of many Hindus. They approach astrologers before commencing any major event. As such many astrologers have risen up since the past.

Below is the list of the top 10 famous Astrologers of present time in India:

Bejan Daruwalla is known as the Astrologer for the rich and elites in India and meets people in person for astrological consultations. Formerly he was a professor teaching English. Today, his articles are published in The Sunday Times of India, Telegraph (Calcutta), Navkind Times (Goa), Dell Annual Horoscope, 1998 (New York), News India (New York), Berkley Communications (London). His books are published by Hind Pocket Books and are available for sale in the Book Stores as well.

He is one of the celebrity astrologers in India and is consulted to by celeb stars and politicians alike.

Pt. Ajai Bhambi is a post graduate in Economics and a Law graduate. He used to practice law before being an astrologer. He has also authored many books including ‘Be Your Own Astrologer’, ‘Vaastu for You and Your Family’, ‘Neech Bhang Raj Yog’, ‘Manavta Ka EKmatra Mitra Shani’ etc. He has a regular column in The Hindustan Times under the name Star Trek where he provides solutions to the problems of the people astrologically. Readers need to send in their questions along with their birth details.

He also writes for magazines like Sun, Freeads, and Kadambini and gives a daily forecast in Delhi Midday and The Shillong Times. He also has a column in Gulf-News Dubai.

K.N.Rao from New Delhi is one of the Vedic Astrologers in India. The retired Indian Audit was initiated into astrology by his mother. He is also the Advisor of Astrology Courses in the Bharatiya Vidya Bhawan, New Delhi.

K.N.Rao is of the opinion that, “Astrology is ill-reputed as a profession because of its mercenary and exploitative nature. If the media has an honest intention of contributing to social causes why does it not fight fraudulent astrologers who make fortunes in the name of nonexistent yogas like KAAL SARPA YOGA and the costly remedial measures through which they cheat people all over India?”

Bansilal M Jumaani born in Karachi, Pakistan started dabbling in numerology as a hobby and soon it became his passion. Bansilalji has been a student of Numerology for over 30 years now.

His career touched the peak of success when he managed to get a message across to a famous filmstar who had been jailed. He says, “I told them if they brought up the case for hearing on a particular day, he would be able to walk free. They heeded my advice and the rest is history.”

A film distributor and friend Farahad Nathani wanted to test him. So, he gave him film titles a few days before the film release and asked him to predict the results. When satisfied he gave the title “Kaho Naa Pyaar Hai” Jumaani added two extra A’s and you know where the film stands today.

Sanjay B Jumaani, one of the great astrologers in India struggled in his sales job for 17 years. A frustrated Jumaani decided to consult his father and was advised to use Sanjay B Jumaani instead of Sanjay Jumani. The vibrations of his new name made him take a plunge into the world of numerology. He has been instrumental in changing a lot of people’s destiny by altering the spellings in their names and surnames.

Today, he writes columns for leading publications like Times of India, Filmfare, Ananda Bazar Ptrika (No 1 Bengali newspaper in the east). Tathaastu, a U.S based magazine and also lends his voice in radio programs for Dubai and Mumbai.

Swetta Jumaani is one of the Indian astrologers in the world. She studied numerology under the competent guidance of her father, the famous Bansilal M Jumaani. She was able to create some major ripples with her first prediction on Aug 24 2003 regarding the effects of the planet Mars as it moves closer to the earth, rang true ‘word by word’.

Most of her predictions have come true, including Pune coming on the world map and its progress in various fields, besides a host of other predictions concerning various stars and sports personalities.

She makes regular appearances on TV channels such as SONY TV, ZEE News, Janmat, India TV, SAB TV, Sahara NCR, Star Maza, Mi marathi and so on. She has traveled to places such as Dubai, Delhi, Kolkata, Bangalore, Kolhapur, Aurangabad, Nasik and Nagpur for consulting people.

Anupam V Kapil is a famous palmist, psychic and the only phonetic numerologist in India. He book Numerology Made Easy by Penguin Books became the bestseller of all times. He is also a columnist for the Times of India and is popular on Radio Mirchi, Pune for daily predictions.

He completed his Masters in Journalism and Communications, MBA and Law and took up journalism and wrote extensively for The Times of India, Indian Express and Mid Day in the past. He is skilled in  face reading, graphology and gem therapy. He knows how to make use of mantra vidya (sounda phonetics) in a positive way.

Ma Prem Usha is another leading eminent astrologer from India. She is famous for reading Tarot cards at the ITC Maurya Sheraton Hotel, New Delhi, for the last 20 years. She has been interviewed and written about in several national and international magazines and periodicals too. Maa Prem Usha is a celebrity astrologer who has also contributed her insight on various subjects like politics, fashion, health, food, spirituality, children, men and women. She loves giving direction, prediction and counseling that proves to be effective every time.

She reads cards, predicts, counsels and heals people by conducting individual as well as group readings.

Sunita Menon is a famous clairvoyant, psychic reader, healer, tarot card reader, counselor, future teller and fortune teller from India. She helps her clients into fulfilling their dreams with a more personal understanding and foresight. She believes that, “Our future is our own to shape and mould, as we desire. We all have the magical gift of being psychics but how many of us have the power of concentration to develop it?”