Swipe Telecom has partnered with MTV India yet again to launch a new Android tablet in the Indian market. The tablet is named MTV Slate and has been priced at INR 14,999. 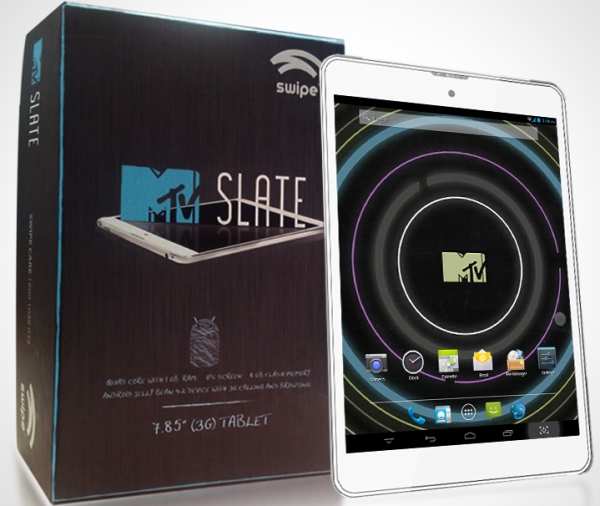 Shripal Gandhi, Founder & CEO, Swipe Telecom briefs about the product saying: We at Swipe Telecom take immense pride in offering affordable cutting edge technology to our customers. MTV Slate is yet another innovation as a result of an intense market research conducted across the country followed by a development phase and has been custom designed for the end consumers power packed with the latest features and astounding looks, MTV Slate will further strengthen our product portfolio for the youth.

In a press release forwarded by the company, the tablet is made available for pre-order on the company site.

But, in spite of the heavy trafficking of Android tablets in the country, Nexus 7 (2012) still holds the number one position in Android tablet for the budgeted buyers. Now with the recent price-cut Nexus 7 Wi-Fi can be bought for INR 11,999 and the 3G version for INR 19,999.